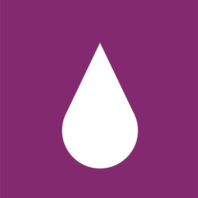 FROM WOOD TO JET FUEL AND VALUABLE CHEMICALS

NARA researchers are optimizing processes to convert wood-residuals into chemical products like biojet fuel in a way that is economically, environmentally and technologically feasible. One of the biggest challenges in converting wood biomass to fuel is that wood material has a natural resistance to being broken down, known as lignocellulosic recalcitrance. In recent years, however, researchers have made significant strides in the developing techniques to break down bio-based material so that the simple sugars can be released and used to make chemicals and fuel.

“By using woody biomass feedstocks, we will be expanding the options for renewable feedstocks and fuels,” says Andrew C. Hawkins, Team Leader with Gevo Inc., who is coordinating conversion efforts.

“Isobutanol provides several advantages over ethanol as an intermediate step to bio-based fuels”, says Hawkins. Unlike ethanol, isobutanol doesn’t react with water and can be transported via the same pipeline system used for petroleum products. Because it reacts with water, ethanol corrodes pipelines and has to be transported by truck, rail, or barge.

“Furthermore”, says Hawkins, “isobutanol can serve as a platform for making other valuable products, including polymers, solvents in paints, and renewable rubber”. The group aims to develop the conversion process at laboratory scale. Later, they will scale up production to a 40,000-liter demonstration scale. The isobutanol will be converted to a jet fuel blend stock and then tested.

When wood residuals are pretreated and the simple sugars are used to make chemical and fuel products, there remains a substantial amount of lignin-rich material left over. NARA researchers are developing products such as activated carbon, epoxies and thermal plastics from the lignin-rich material. This product development is an essential component to establish an economically sustainable way of generating value from wood residuals.